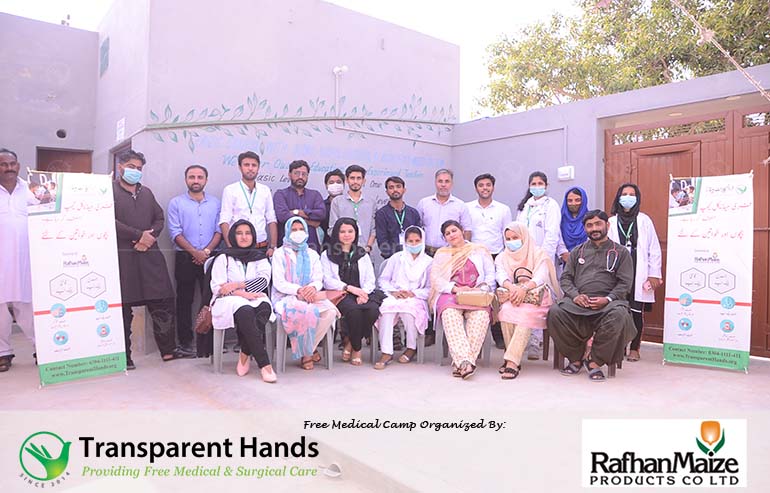 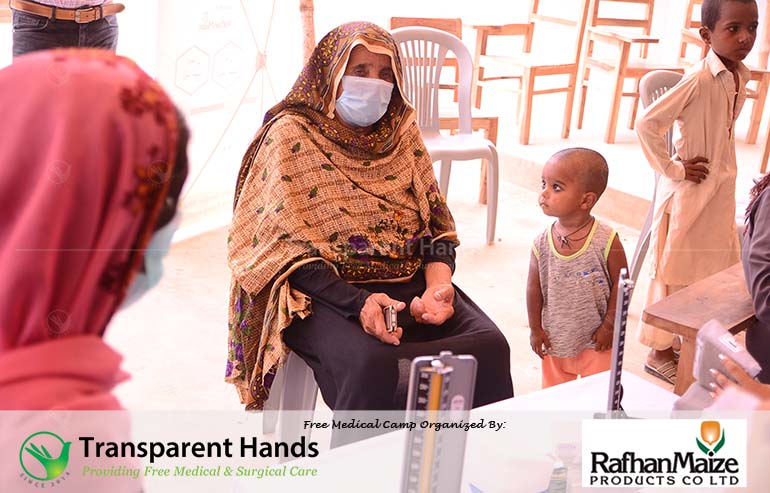 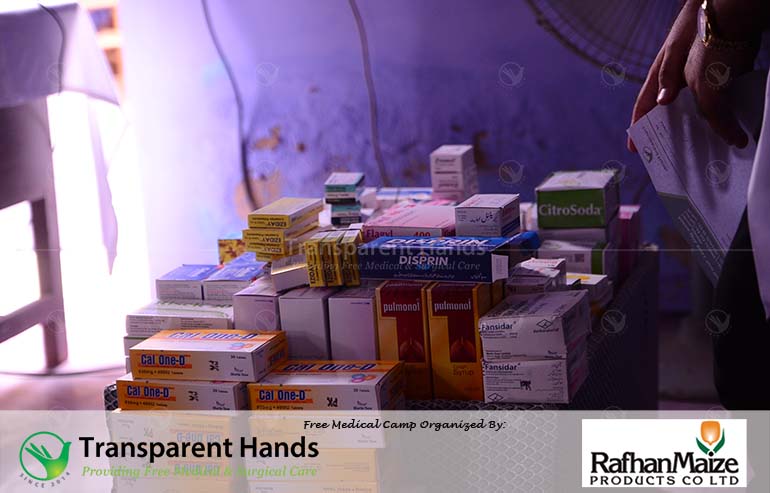 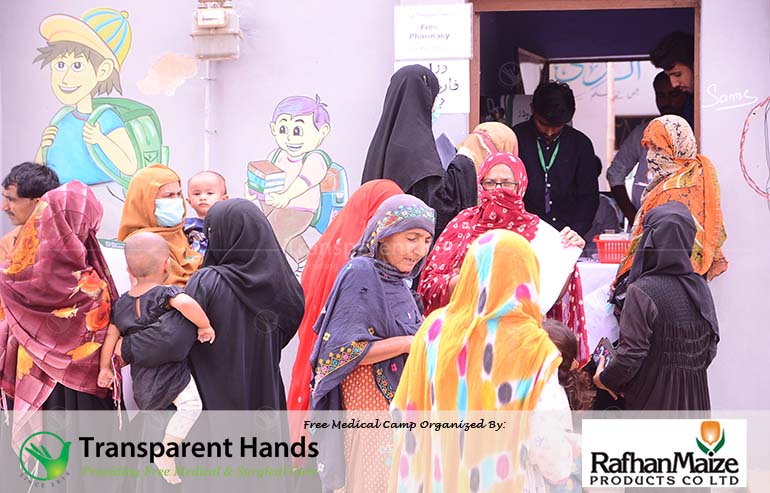 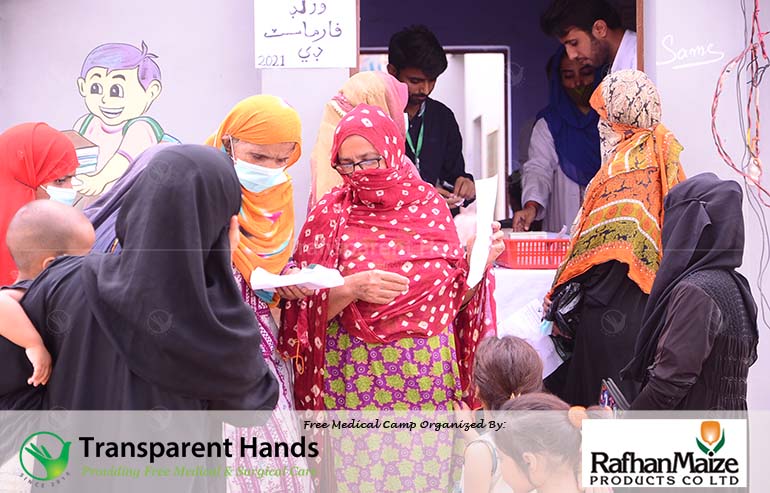 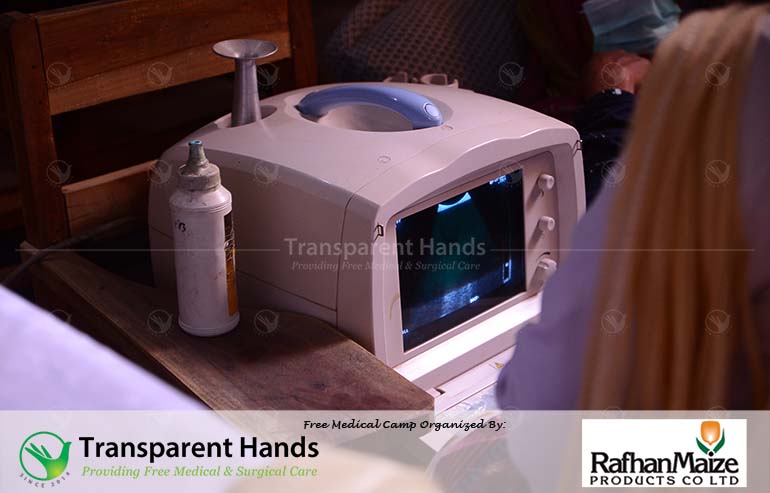 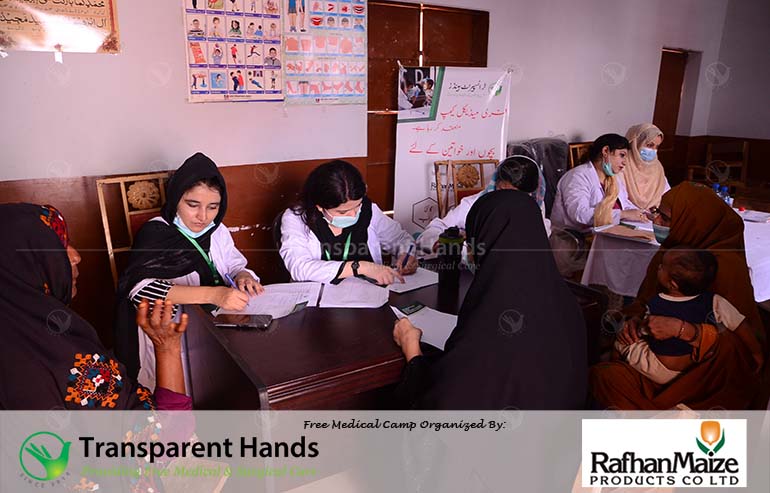 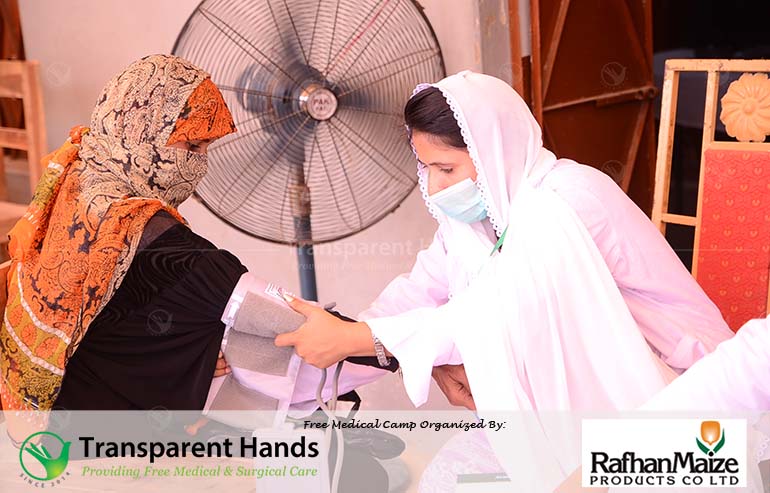 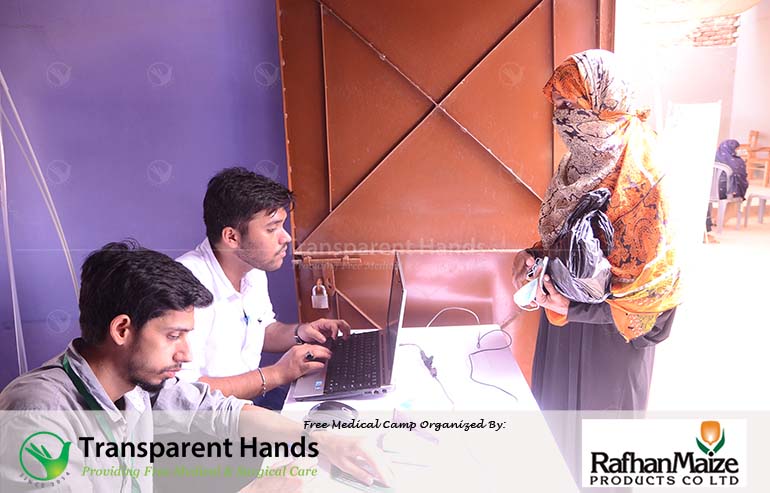 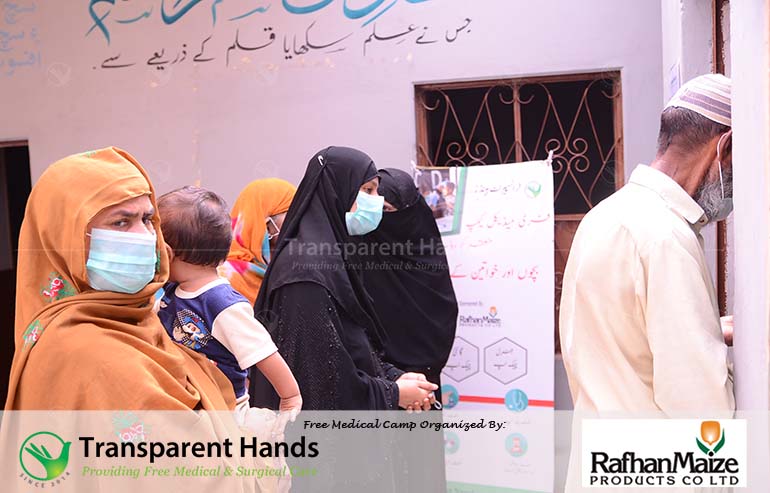 Transparent Hands organized and managed a two-day free Medical and Surgical camp at the Blessings Student Academy, Muslim Town Block A, Kotri, on 25th and 26th of September 2021 respectively. The camps were set up for the underprivileged people residing in the said locality. These camps were organized and managed by Transparent Hands under the Corporate Social Responsibility Program of Rafhan Maize Products, Kotri.

All COVID SOPs were followed by the camp team. Patients and all other attendees were encouraged to wear face masks and use hand sanitisers. Testing facilities for blood sugar level and blood pressure along with the facility of ultrasound was provided. In total, 726 patients turned up in the respective camps, with 325 patients in the first camp held on the 25th of September and 401 patients in the second camp held on the 26th of September. . A total of 660 women and children were checked on both days. An awareness session on Female Hygiene was also held.

The majority of the cases examined by the doctors consisted of patients suffering from PID, stomach issues, joints and muscular pains, and various types of allergies. Free, appropriate medication was provided to such patients. One surgical case was found in the first camp, whereas no surgical case was found in the second camp. All of the patients have been registered with us for treatment. Further medical care shall be provided to the said registered patients in ISRA Hospital, Hyderabad.

Team Transparent Hands, extends gratitude to all the honorable donors, especially Rafhan Maize Products Company Ltd., for assisting us in achieving our goals to hold a medical and surgical camp at Blessings Student Academy, Muslim Town Block A, Kotri. In the future, we look forward to organizing such camps where we can be of service to the underprivileged patients in Pakistan and facilitate them with health care as we believe health care to be a primary, and basic right of all human beings.

Transparent Hands has been supporting flood victims in P...