“Companies that are breaking the mold are moving beyond corporate social responsibility to social innovation. These companies are the vanguard of the new paradigm. They view community needs as opportunities to develop ideas and demonstrate business technologies, to find and serve new markets, and to solve long-standing business problems.”
-Rosabeth Moss Kanter, Harvard Business Review.

A report published by the Swedish Institute has revealed that the Swedish Government encourages the private sector to follow the OECD’s guidelines for multinational companies and to apply ten principles regarding respect for human rights, employee rights, environmental responsibility, and anti-corruption from the UN Global Compact. Sweden became the first country to have a coordinated government function for corporate responsibility when the Ministry of Foreign Affairs launched its Global Responsibility unit in 2002, therefore, it is leading by example. How Sweden CSR Programs Can Help the Healthcare Sector in Pakistan.

Examples of  CSR laws and regulations in Sweden:

The examples of  CSR laws and regulations in Sweden includes extensive environmental protection, active measures to improve work environments, investments in cleantech, etc, but many Swedish companies chose to do more than they were legally required to. 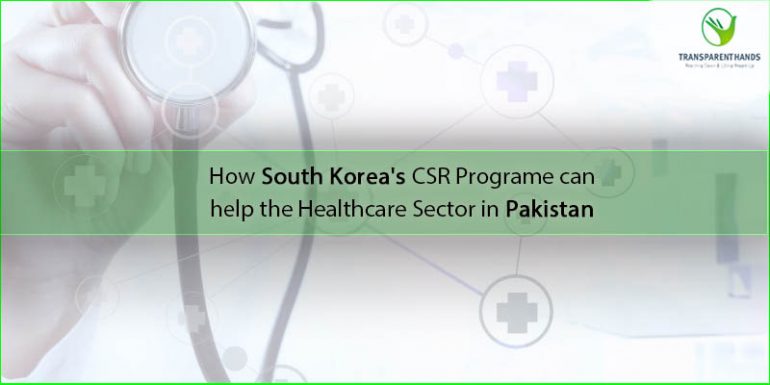 Sweden Institute reported that it was the first country to demand sustainability reports from state-owned enterprises. The reports have to comply with guidelines from the Global Reporting Initiative (GRI). The GRI seeks to uphold global standards in sustainability reporting and make it easier to assess and compare companies from social, environmental, and economic perspectives.

How Sweden’s CSR Programs Can Help The Healthcare Sector In Pakistan:

Since the founding of Pakistan, bilateral trading links had subsisted between Sweden and Pakistan, but Sweden seemed to have overlooked the potential of Pakistan’s healthcare sector. According to Sweden Abroad, the value of Swedish export to Pakistan was approx. USD 440 million in 2010 and the Pakistani export to Sweden amounts to approx. USD 120 million. Major Swedish export sectors are paper and pulp, telecommunication equipment, machinery, trucks, chemicals, metals, and defense equipment. Pakistan exports to Sweden consist mainly of textile, garments, leather, and sports goods. Some Swedish companies have made direct investments in Pakistan: Ericsson, Tetrapak, Millicom, Saab, and GAC. Surprisingly, Sweden hasn’t made any significant investment in Pakistan’s  Healthcare sector till now. How South Korea CSR Programs Can Help the Healthcare Sector in Pakistan.

According to a new OECD report:

Sweden’s health and elderly care systems deserve their reputation as being among the best in the world. According to a new OECD report, the quality of healthcare in Sweden is generally good. Rates of avoidable hospitalization for chronic conditions such as asthma (22.2 per 100,000 population) are among the lowest in the OECD (average 45.8) and 90% of people using primary care in Sweden said they were treated with respect and consideration by staff.  Sweden’s quality registers; which track the quality of care that patients receive and outcomes for several conditions are among the most developed across the OECD.

Sweden has long believed that bringing in private-sector companies can drive efficiencies in welfare provision. Private companies today provide about  20% of public health care in Sweden and about 30% of public primary care. Sweden’s drive to bring private providers into healthcare has accelerated during the eight years of center-right rule between 2006 and 2014. A survey by Gothenburg University’s SOM Institute found that 69% of Swedes were opposed to private companies profiting from providing public education, health, and social care.

The Guardian reported that powerful business groups have worked hard behind the scenes to make sure that neither the Social-Democrat led central government, nor regional governments limit their profits. In such circumstances, the Sweden companies must look out for healthcare sectors outside their own territories for investments, and Pakistan can prove to be a good choice.

Though the healthcare sector in Pakistan has evolved significantly over the last few years, it’s facing a lot of hardships to meet the demands. According to reports, 78% of the targets for hospital beds have been met in the year 2014- 15 hence, the ministry has set a lower target of 2,500 hospital beds for years 2015-16. Similarly, targets for doctors, dentists, and nurses have not been met in the year 2014-15 and yet much higher targets are set for the year 2015-16. Primary surveys suggest SME’s in private hospitals have a preference for long-term equipment financing. Every year targets are set to be achieved but still, the stats show there are rooms for demands to be met.

The reason investors should consider investing in this sector of Pakistan is that it is the most liberal foreign investment region in South Asia with a commitment to low tariffs and 100% foreign equity permitted. Foreign investment in Pakistan is fully protected by the following acts: foreign private investment ( promotion & protection ) act 1976 and protection of economic Reforms act 1992. Pakistan’s rapidly growing population, patients, greater awareness of health matters, and lack of maintained infrastructure in the public sector should be considered as an asset.

Giving is our most empowering common spiritual trait making us more responsible. If we ignore its potential to bring greater balance and deeper meaning to human existence, the more likely we are to continue to define history as one long inglorious record of man’s inhumanity to man. We, individually and collectively, can use our power responsibly. In this era, nothing is more powerful than business, therefore, with integral CSR Programmes and giving strategies corporate sectors can do a lot of good to society and its people.

Munazza Bibi is facing acute abdomen pain and needs to u...

Muhammad Shan was born with deadly heart disease. We req...

Basheeran has renal stones in her left kidney, causing h...