8 Kinds of People Who Can Accept Zakat

Zakat is a form of charity made compulsory in Islam. Through Zakat, the prosperous and rich people can uplift the poor, help them in trouble and console them in their hardships. Zakat establishes the rights of the poor and  the needy, people in debt, slaves or captives and travelers etc. Zakat can be paid to deserving individuals or groups who fall into one or more of eight Zakatable categories mentioned by the Almighty in the Quran. 8 Kinds of People Who Can Accept Zakat.

In Surah  Al-Tawbah, (9:60), it is said “Indeed, charitable offerings are meant to be given to the poor and the indigent, and to those who work on [administering] it, and to those whose hearts are to be reconciled, and to [free] those in bondage, and to the debt-ridden, and for the cause of God, and to the wayfarer. [This is] an obligation from God. And God is all-knowing, all-wise.”

It is noteworthy that there are eight categories on which Zakat must be spent, which Allah has explained clearly. This determination is not up to the government, scholars, or even the Prophet himself. The Quran also makes it possible for Muslims to pay their zakat to trusted institutions that distribute it to those who belong to one or more of the Zakat-worthy categories.

8 Kinds of People Who Can accept Zakat:

1.  The poor
2. The needy
3.  Zakat administrators
4.  Those whose hearts are to be reconciled, meaning new Muslims and friends of the Muslim community.
5.  Those in bondage (slaves and captives.)
6.  The debt-ridden.
7.  In the cause of God.
8.  The wayfarer, meaning those who are stranded or traveling with few resources.

The recipients who fall in this category are extremely poor and needy people. These people don’t have any possessions or income. Your zakat money can help them in improving their living condition. These are the people who live under the extreme poverty line.

2. The needy (al-masâkîn), meaning someone who is in difficulty. 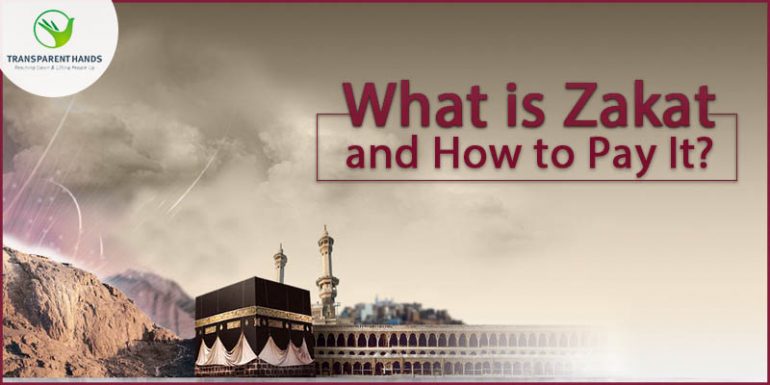 4. Those whose hearts are to be reconciled, meaning new Muslims and friends of the Muslim community.

5. Those in bondage (slaves and captives.)

It is permissible to give slaves or captives the zakat money in order to free them from slavery. This also includes freeing the Muslim captives,  from  the hands of the enemy.

7. In the cause of God – 8 Kinds of People Who Can Accept Zakat

Those who work on the path of Allah and strive hard so that the word of Allah will be victorious, not those who strive for their pride, their race, or tribe to become victorious.

8. The wayfarer, meaning those who are stranded or traveling with few resources.

This is the traveler who got stuck in the middle of his journey, due to lack of provisions. This individual must be given the zakat money  that  should cover his trip. However, it is important to note that, it is not permissible for a person to carry few provisions while on a journey if one’s intention is to receive zakat money when his provision is exhausted.

The primary objective of Zakat is to elevate the spirit of a human being above the material acquisition. Islam views the Zakat payer as a person who always needs purification and cleansing, both spiritually and materially.

It is mentioned in the Al-Tawbah: 103, “Take Sadaqah (alms) from their wealth in order to purify them and sanctify them with it, and invoke Allah for them. Verily! Your invocations are a source of security for them, and Allah is All-Hearer, All-Knower”

The main objective of zakat is to help the society by giving something from your wealth. In return, the Muslims get tremendous rewards not only in this world but also in the hereafter. Zakat also purifies your wealth and possessions. Islam guides us to make this world a better place by helping others in need and that’s why it puts emphasis on charity.